Dulwich College Seoul produced one of the greatest KAIAC comebacks of all time to send an unfortunate Uijeongbu home empty-handed.

Having failed to fulfill the first round match against the Uijeongbu Eagles after they suffered a measles outbreak this would be a doubleheader, 6 point, winner takes all showdown.

With fortress Banpo already booked out, Mr Kim sourced an alternative field half-way up Gwanaksan mountain. This left the Leopards with a usual pre-match hike to find the precariously perched smaller than usual football turf. To add to the uniqueness of the situation the goal posts were on wheels giving an extra 5 inches to of height and offering the distinct possibility that they might move at any time.

After watching the girls chalk up yet another win (4-0) in their stroll, to the title, the boys were hoping to emulate their longer haired classmates and get the job done. Lining up in a new look 3-5-2 formation Mr. Dawson’s troops were ready for a physical battle with time and space likely at a premium on this 9-a-side surface.

Dulwich College Seoul started brightly, knocking the ball about nicely, moving it intelligently to the wings where the full-backs were getting plenty of joy against a lumbering ICS-U rearguard. However, whenever a chance presented itself the finish was lacking, Edgar, Kris, Eric, Kaleb, Nacho and Paul all failed to convert from promising positions.

The longer the game remained goalless the more Uijeongbu grew in confidence and they hit Dulwich College Seoul with a classic sucker punch just before the break. A defensive mix up left an Eagles player completely unmarked and he did what the home side had failed to do, slotting confidently passed a helpless Reuben. The half-time whistle quickly greeted a hot and frustrated Leopards side who had hoped for a much easier afternoon. 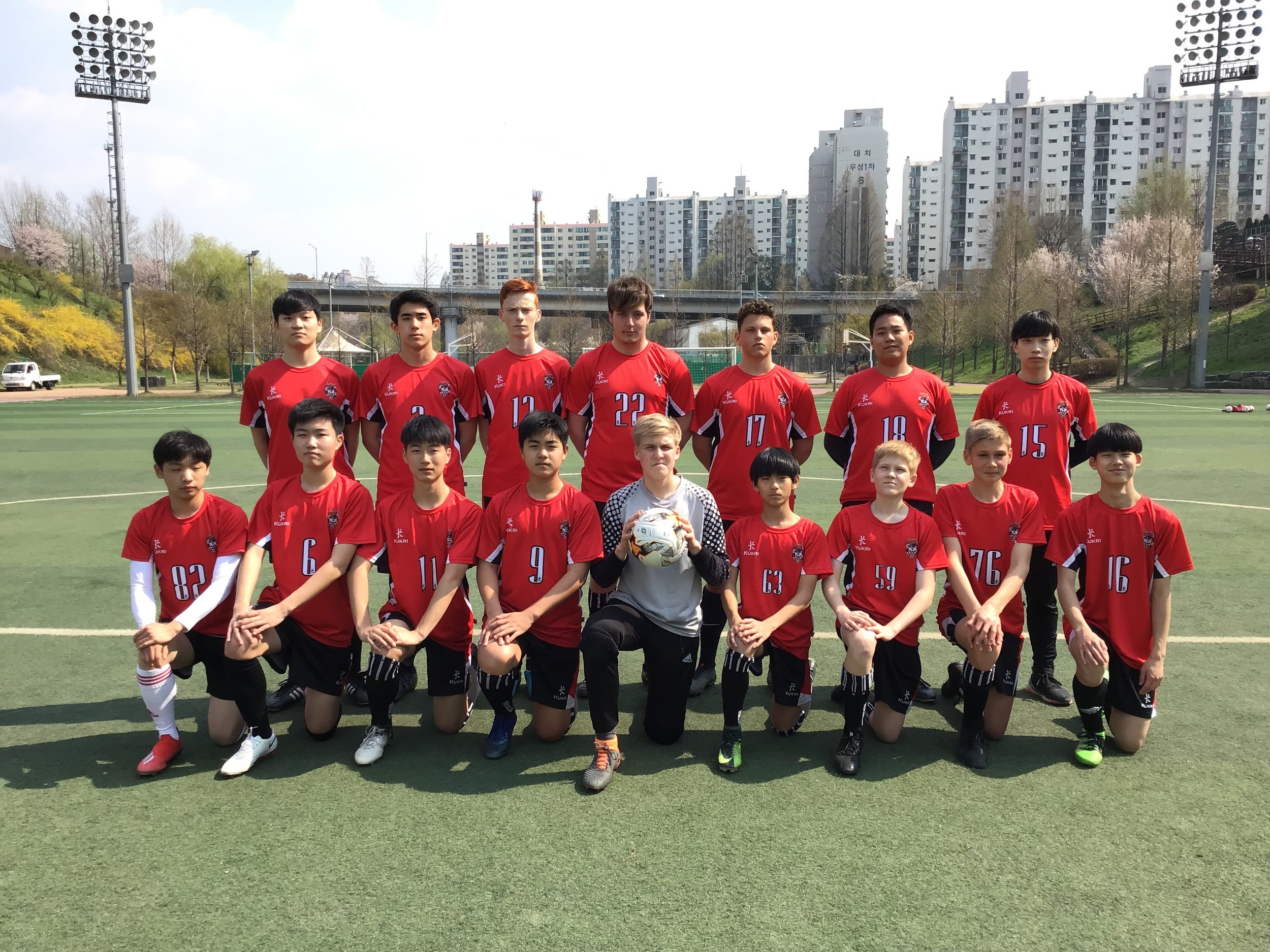 Under the expectant eye of the Head of College Mr Salt, they made the perfect start to the second period with enigmatic frontman Roy catching a left-footed half-volley right on the sweet spot to level the match 1-1. This should have been the perfect platform to go on and seize control of the match, yet instead Dulwich College Seoul hit the self-explode button. First they failed to close down a shooter on the edge of the box, secondly, they gave away a free kick on the edge of the box and finally the defense dillied and dallied leaving a grateful Eagles’ player to soar in and clip the ball into an unguarded net. 1-4. A mountain bigger than Gwanaksan to climb and little time left.

As the clock ticked away, the last throw of the dice from Dulwich College Seoul head coach Mr Dawson saw Wandrille and Kris replace the flagging Paul and Roy up front. It was these two who combined to give Dulwich College Seoul a glimmer of hope with the flame-haired Frenchman finishing from close range after good work from Kris who grabbed the ball, stuck it under his arm like a baguette and raced back to the centre spot to the applause of the home bench. 2-4. Eight minutes to go, probably scant consolation at this late stage.

Uijeongbu were clearly rattled and with the winning line so close they were buckling badly, smashing the ball anywhere and everywhere in a desperate attempt to get what would have been their first win of the season. Dulwich College Seoul has one Year 8 student playing this year, highly unusual for a Varsity squad. However, such is the talent and promise of Belgian playmaker Edgar that he has been fast tracked to play with his older peers. Throughout the match he had shown composure and quality yet without finding the finishing touch. With the men in red camped on the edge of the Eagles box the ball broke kindly to Edgar who with a wave of his left wand sent the ball flying into the top right-hand corner. 3-4. Four minutes to go, game on!

Cometh the hour, cometh the man. With 2 minutes (plus a little added time...) left on the clock enter stage left Kaleb. With Dulwich College Seoul throwing everything bar the kitchen sink at the ICS-U goal a deflected shot from Eric fell to the Leopards central midfielder at the back post. Displaying calmness personified he drove the ball low into the far corner to tie this pulsating match at 4-4. Already deep in stoppage time surely there would not be time for a winner, or would there. Dulwich College Seoul could smell blood and nobody in a blue pinny wanted to be anywhere near the ball - all they wanted was to hear the sound of the final whistle. Straight from the restart possession was won back and it was Kaleb again who found the ball at his feet, this time centre stage just outside the Eagles box. He lifted his head, pulled back his right foot and struck through the ball. Time stood still as the ball sailed over the Uijeongbu goalie, just under the bar and the net billowed. 5-4. Cue a pitch invasion as elated fans flooded onto the pitch to celebrate with the shocked players. Uijeongbu only had time to touch the ball and the final whistle rang out to signal the end of one of the craziest finishes this writer has ever witnessed.

The ICS-U coach whose favourite catchphrases included ‘spring the trap’ and ‘are you thirsty?’ was far less excited than the home team and confronted the referees angrily at full-time. Perhaps instead of complaining about the amount of stoppage time played she should have launched an inquest into her team's capitulation. Anyway, it is safe to say that they will not be on her Easter card list any time soon.

In a week, which saw Tiger Woods end an 11-year wait to win his 15th Major title and Tottenham fight back from the brink to reach the semi-finals of the Champions League this stands to show the importance of maintaining a positive mentality - never give up and know that with hard work and a little luck, anything is possible.

Dulwich College Seoul can now look forward to facing top of the table CDS on Friday at Banpo. If it is even a fraction of the excitement served up this time out then you will not want to miss it! 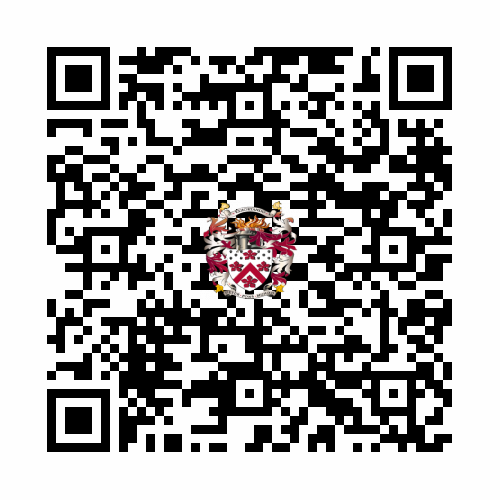